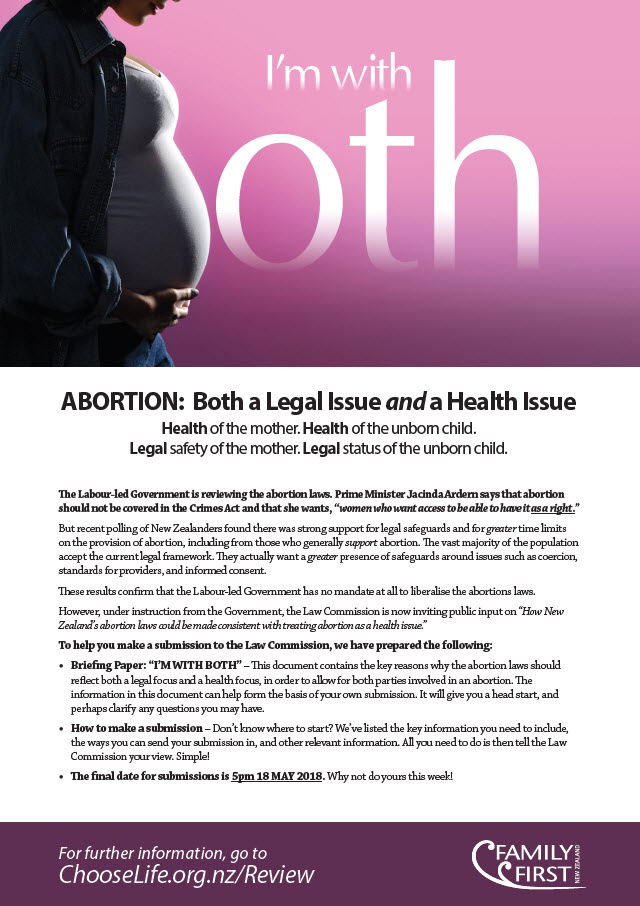 The Labour-led Government is reviewing the abortion laws. Prime Minister Jacinda Ardern says that abortion should not be covered in the Crimes Act and that she wants, “women who want access to be able to have it as a right.”

But recent polling of New Zealanders found there was strong support for legal safeguards and for greater time limits on the provision of abortion, including from those who generally support abortion. The vast majority of the population accept the current legal framework. They actually want a greater presence of safeguards around issues such as coercion, standards for providers, and informed consent.

These results confirm that the Labour-led Government has no mandate at all to liberalise the abortions laws.

However, under instruction from the Government, the Law Commission is now inviting public input on “How New Zealand’s abortion laws could be made consistent with treating abortion as a health issue.”